After announcing his return to the USF2000 Series Presented by Cooper Tires with his new team at VRD Racing in 2023, Danny Dyszelski is doubling up on his race efforts by running in the Blue Marble Radical Cup North America series. Joining Wisko Racing competing in the Pro 1500 class, Dyszelski will look to build upon his Radical World Finals second-place finish this past November during his debut in Radical Cup racing. 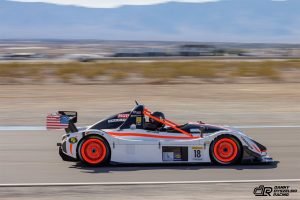 “As a racer, I always want to race to compete for top finishes and with two competitive programs, the calendar is filling up quickly for the 2023 season,” expressed Dyszelski. “I will prioritize my USF2000 efforts when there is a conflict between the two series, but I will be aiming high in Radical Cup competition and going for race wins and podium results in every event with my main goal of becoming the Radical World Finals Champion.”

Beginning his motorsports career at the age of four, Dyszelski, who hails from South Carolina, has progressed through the karting ranks earning race wins and championships along the way. 2023 will provide new opportunities for the 14-year-old as he will expand his race knowledge and experience while running a full race schedule in both open-wheel and sports car racing as he looks to climb the ladder to the upper echelon of motorsports in North America.

Joining the Radical Cup program with Wisko Racing, Dyzelski enters a program that knows how to win at every level. Located trackside at the Virginia International Raceway, Wisko Racing is one of the dominant programs in the Blue Marble Radical Cup North America program and the premier Radical Cup dealer in the eastern half of the country.

“We are excited to have Danny as part of our efforts in 2023,” explained Danyel Delgado of Wisko Racing. “Danny has proven his speed in all forms of motorsports and was quite impressive at the Spring Mountain Motor Resort during the Radical World Finals ultimately ending the event as the Vice-Champion. Working with him in 2023 will strengthen his abilities on track, and we think that he can be a force every time he climbs behind the wheel of one of our race cars.”

Dyszelski added, “I am starting to realize my goal to become a professional driver, and it is driving me to work hard to be the best driver I can be in the world of motorsports. I am confident that running in both series in 2023 will accelerate my development as a professional driver, and I can’t wait to get started with Wisko Racing, VRD Racing, and to run select events with DDR’s new Radicals out of our race shop.”

Danny Dyszelski Racing will have some future announcements on the horizon that will see a pair of Dyszelski names on the result sheet. Stay tuned…